To share your memory on the wall of Othon Urbay, sign in using one of the following options:

Othon Urbay departed this world in the same way as he entered, under extraordinary circumstances. Othon was a depression era baby, the last of six, and a child his parents could not afford. God’s need for him ... Read More
Obituary for Othon Urbay

Othon Urbay departed this world in the same way as he entered, under extraordinary circumstances. Othon was a depression era baby, the last of six, and a child his parents could not afford. God’s need for him was clearly different. He went on to study medicine in Cuba, which helped him to procure a job as a pharmaceutical salesman. This position made it possible for him to support his family, travel throughout the island extensively, and fatefully meet his beloved Georgina. They first met in Santiago de Cuba around Christmas, and when he saw her, he asked “los Reyes Mago” (the Three Magi) to bring him “that girl” as his gift. They married the following December.

As a student, Othon was acutely aware of the social injustices that plagued Cuba. He became an activist, and once the leadership he was supporting turned to communism, he became an anti-revolutionary leader. Inequities and unjust leadership were causes he and his wife continued to fight until it became imperative to leave Cuba in 1966. Othon began a new life in New York, along with Georgina and their three children, their fourth child would be born in the states.

Upon arrival, Othon and his family joined the Fifth Avenue Presbyterian Church, a community that remained an important part of his life to the end. He served as an officer of the church (Elder & Deacon) a total of five terms. His first job interview was arranged by Dr. Kirkland, senior pastor at FAPC, with Charles Pfizer who offered Othon a job in the Pfizer organization. Othon declined, feeling he could not accept a position he had not earned on his own merit. He began working for the Xerox Corporation where he was instrumental in making the multiple copies of the plans needed for Apollo 11’s landing back on earth. This was in the late sixties when photocopying technology was not readily available, as it is today.

He later worked for British Leyland, and eventually its subsidiary, Jaguar Cars. As an executive chauffer for Jaguar, he drove many interesting and famous people, including Margaret Thatcher and Princess Diana. At Jaguar, he was valued for his jovial, respectful, and discreet demeanor, and his position there offered him many wonderful opportunities and adventure. He traveled the world, driving whenever possible. In keeping with his earlier days in Cuba, he enjoyed several cross-country trips in the states with his family where he continued to explore and feed his endless sense of awe and curiosity of life.

Othon created community everywhere. He befriended his neighbors, his extended family at church and all he came into contact with, whether it was the grocer, to the waiters at his favorite restaurants, or to the garage attendants who cared for his car while he attended church services. He had a kind word and a ready smile for all. Othon was a prolific storyteller, and often marveled at his luck, often saying that he could never have dreamed of having such a full and meaningful life. Even after losing his wife in 2016, when he struggled to find purpose, he persevered and remained curious and engaged. He loved technology (he insisted on having the latest iPhone), was a dedicated CNN watcher, and loved his caramel frappuccinos from Starbucks.

He left this earth five minutes to midnight on January 6th, at the tail end of that infamous day that his keen intellect had predicted as inevitable. What started as an unneeded life became a vital presence of goodness and thoughtfulness in this world, one that was spent in devoted service to his family, friends and fellow human beings. In his later years, after his wife passed, he would often say “estoy esperando la wawa” (I’m waiting for the bus) and would wonder aloud what work God still wanted him to do. His work is now complete, his beloved Georgina greeted him at the stop, and handed him the keys to the bus. He will be deeply missed and forever loved.

A Memorial Service will be held at the Fifth Avenue Presbyterian Church sometime in the future when we can all safely celebrate a life well lived. In lieu of flowers, please make a donation to the church.
Read Less

Receive notifications about information and event scheduling for Othon

We encourage you to share your most beloved memories of Othon here, so that the family and other loved ones can always see it. You can upload cherished photographs, or share your favorite stories, and can even comment on those shared by others.

Posted Jan 15, 2021 at 05:57pm
A wonderful and kind man along with his beautiful Georgina, both are very missed. Thank you: for teaching me to drive stick (in a Jaguar no less), for taking me to Florida, for being just like my Mom & Dad. I know you're together forever. Love, Christina
Comment Share
Share via:

Posted Jan 12, 2021 at 04:54am
A beautiful obituary for an amazing man. I am honored to have been a small part of his journey. He will be missed! Love and condolences to you all.
Comment Share
Share via:
HS

Posted Jan 11, 2021 at 04:57am
We are saddened to learn about the loss of your love one. Continue to rely on God and know that he hears your prayers, because he cares for you. Truly sorry for your loss.
Comment Share
Share via:
M

He was such a beautiful soul with a heart of gold. In the short time that we had the pleasure of sharing with him he impacted me with just the smile on his face. His stories were one of a kind, which I deeply enjoyed. He wasn't just our neighbor he was like the grandfather I never had. I will cherish him always. Due to covid we had to keep distance which prohibited more memories to be made but the little we did share will live in my heart forever. May you enjoy your eternal life now with your beloved wife. Until we meet again. We love you.. 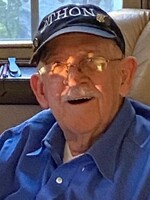 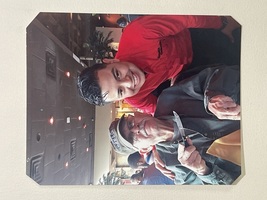